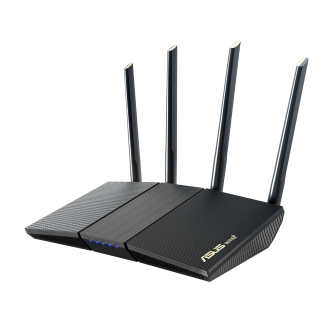 RT-AX1800S incorporates ASUS AiProtection, a commercial-grade network security system powered by Trend Micro™ Smart Home Network. With AiProtection, all connected devices are protected, even if they have no antivirus capability of their own — such as IoT devices. AiProtection blocks common internet-based attacks before they reach the network, and if an infected device is detected on the network, AiProtection instantly blocks it to prevent it sending any personal information to malicious servers.