PC Recycling for a Brighter Future

In April 2008, ASUS joined hands with Intel and Tsann Kuen Enterprise to launch “PC Recycling for a Brighter Future” in Taiwan, a collaborative takeback program that aims to collect and recycle old notebooks, PCs and LCD monitors in a bid to benefit needy communities as well as the environment.

The “PC Recycling for a Brighter Future” program encourages consumers to recycle their used devices at dedicated collection points, such as ASUS Royal Clubs, Tsann Kuen 3C chain stores and DF Recycle. A discount voucher is issued for each desktop computer, notebook or CRT/LCD monitor—regardless of brand—brought in. 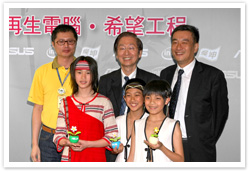 As a result of the program, more than 1,200 used products obtained from corporate, government and individual donors were refurbished and subsequently donated to needy users. Beneficiaries included 122 elementary and junior high schools, five aboriginal communities and the Tzu Chi Stem Cell Center. 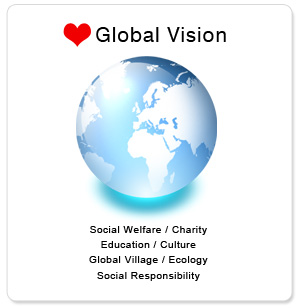 Collaboration with Microsoft to Narrow
the Digital Divide

ASUS donated 500 Windows-based Eee PCs™ to the fourth run of Microsoft’s Unlimited Potential (UP) program for women in Taiwan. The Women UP program provides islandwide IT skills training to women who have very little contact with technology. By demonstrating the role that IT can play in their lives and helping them build their confidence, the program hopes to narrow the digital divide present in Taiwanese society.

Of the 500 Eee PCs™ donated, 336 were given to 15 technology centers across Taiwan, 44 were issued to a mobile UP unit which provides training in rural areas of the island, while the remaining 120 units were distributed to volunteers for teaching purposes. Since 2005, more than 50,000 women have benefitted from the program. ASUS’ target is to provide training to an additional 30,000 women in Taiwan by the end of 2008.

ASUS actively provides support to educational institutions and organizations in countries such as Russia, the Czech Republic, the Netherlands, and Germany. In Germany, for example, ASUS is engaged in several ongoing initiatives aimed at encouraging the use of IT in children's education. These initiatives entail sponsoring Eee PCs™ to schools either directly or via official bodies, such as N-21, the official institution that provides computer hardware to schools. With ASUS’ support, schools are able to incorporate the latest technologies such as Web 2.0 into their teaching methodologies, hence fostering self-motivated learning among children by educating them on the benefits of tapping into the vast ocean of knowledge available on the World Wide Web.